Evangelos is originally from Cyprus, but he has studied, lived and worked as a civil engineer in the United Kingdom and in other countries for many years.

In 2014 he came to our country and started teaching English, at British House he has been doing in-company classes in Rubí and Barcelona and also advanced English classes in our central school since 2016.

Evangelos has the CELTA Certificate from Cambridge University (Certificate in Teaching English to Speakers of Other Languages). Some of his passions are travelling, good food and good company! 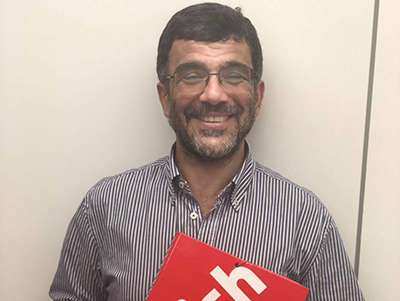